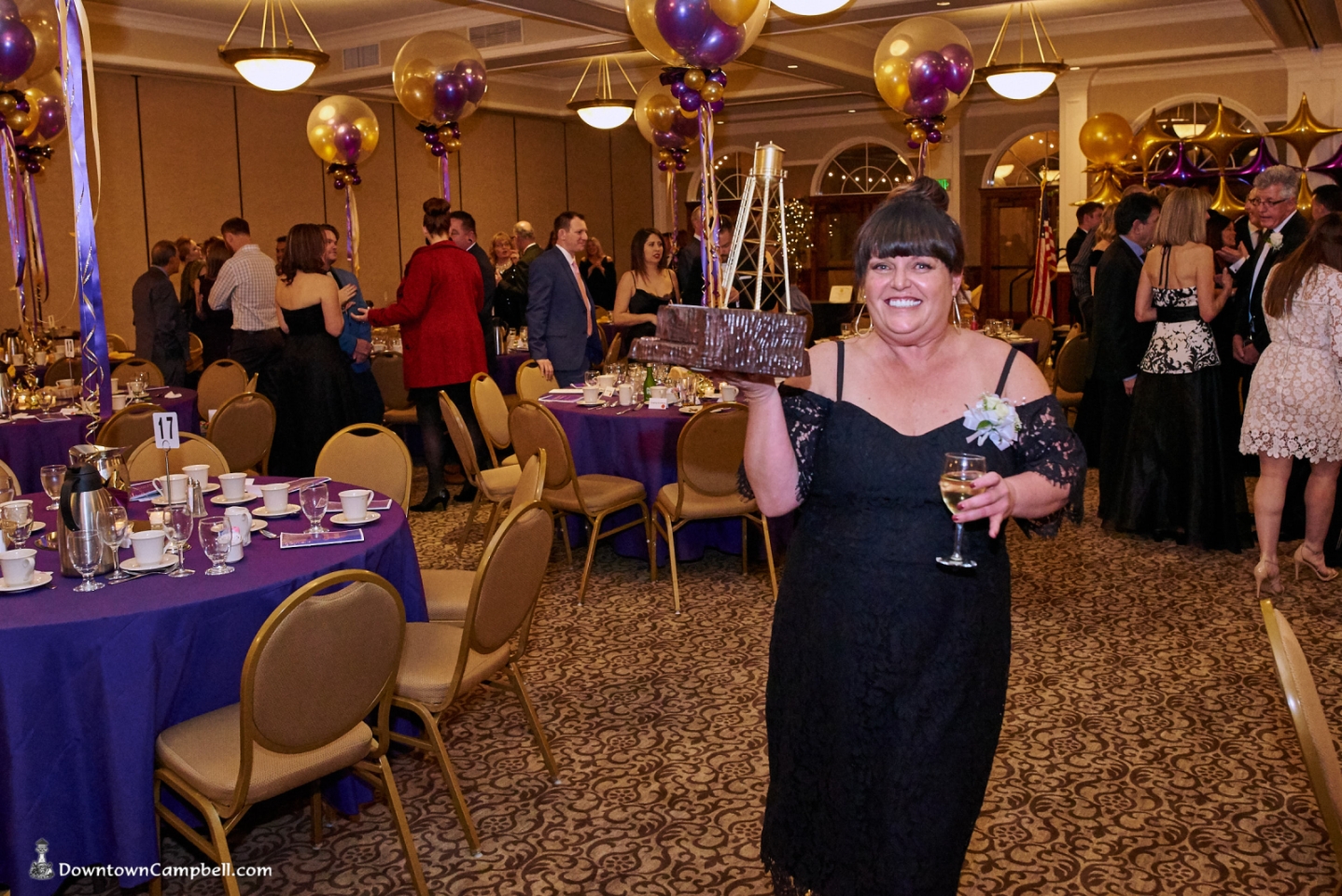 It was an unusual sight in Downtown Campbell this Monday night. Traffic was heavy and parking spaces were hard to come by even though many of the stores were closed early. Our apologies for the inconvenience, but we were honoring a friend. We didn't plan to close the street on you, but when a river of flickering candles spills into the street and drifts silently down the road, it's a road closure by any other name. We're also sorry that some who came to the event didn't get a candle. There were 500 prepared and a few more than expected showed up.

A lot of things happened on Monday night that we didn't expect. Topping that list would be that we never thought we'd be celebrating the memory of someone so important to our community with a candlelight vigil after her untimely passing at the age of 48. Kelly Young Crowley was Campbell's Citizen of the Year in 2017, a board member of the Downtown Campbell Business Association (us), and our acting President this past year. She wasn't just someone we loved and was (obviously) loved by many, but she was someone who perfectly embodied the kind of place that we are and want to be.

More than just about anyone else, she knew Downtown Campbell from all angles because she lived it. She started off waiting tables at restaurants and would eventually graduate to being the general manager of Khartoum over a decade later. Somewhere in between she owned a boutique with a friend. They were actually both still waiting tables and would take turns at the shop and then go make their shifts at restaurants down the strip.

She was kinda everywhere. Over the years, Kelly had a key role in all sorts of events and activities big and small in and around Downtown Campbell. She worked on our Wine Walks, Halloween events, toy drives, and numerous other holiday events. She's scheduled entertainment for festivals and fundraised for charities. Last year, she was the coordinator for the Carol of Lights. The list of things she's touched goes on almost as long as the line of people who came to pay their respects this week.

Downtown Campbell is a culture of many hands joining together to do awesome things. If the people and organizations that make up our community were organs, Kelly would have been the heart. To a fault, she loved her community and had a bottomless desire to give to it. She was a joy to work with, cared for others, and was never too concerned about getting enough credit for the things she did.

We are not only shocked and deeply saddened by her untimely passing, but we're also going to be dealing with how we move on without Kelly the leader, Kelly the volunteer, Kelly the cheerleader, and Kelly the friend. Tonight we will have to run our first Wine Walk without Kelly. Next month it'll be our first Halloween.

There will be many non-celebratory milestones and unwelcome anniversaries. We hurt, but in honor of our dear friend, we take it one day at a time and will do our best to keep being a place that Kelly was so proud to be associated with. It will take many days and months before things are normal again and we're asking for the support and understanding of our fans while we work through our loss.

Kelly Young Crowley, we love you and we miss you. 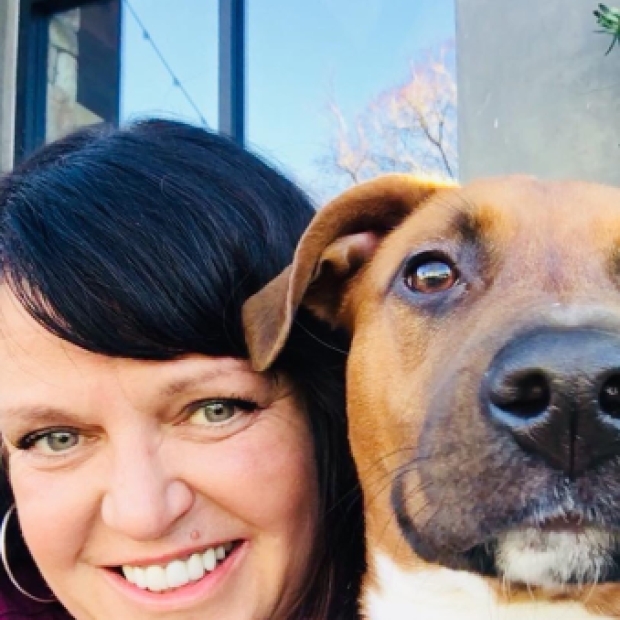 Please join us at Darling & Fischer to light a candle for our beloved Kelly Crowley. We will meet at Darling & Fischer and have a walk of her remembrance down Campbell Avenue to Khartoum followed by a champagne toast at the bar. All are welcome to come down and celebrate her amazing life.