This just in!!!!! FREE TICKETS to a special Super Bowl event with NFL Stars!!!!

FREE tickets to a special Super Bowl event on Saturday Feb 6th for everyone that purchases tickets to our Sushi Con Super Bowl VIP Party!!

Stop in an purchase your VIP Super Sushi Bowl Party for $30 and we will give you a ticket to the game on Saturday while supplies last!

As the date gets closer, we will coordinate getting to San Mateo for the game. Limited tickets so hurry while supplies last!

The Wounded Warrior Amputee Football Team is composed of men and women who lost a limb while serving this nation in Iraq or Afghanistan. The WWAFT record vs the NFL Alumni now stands at 12-0, having most recently defeated the Philadelphia Eagles Alumni on July 4th and the Dallas Cowboys Alumni on Memorial Day. 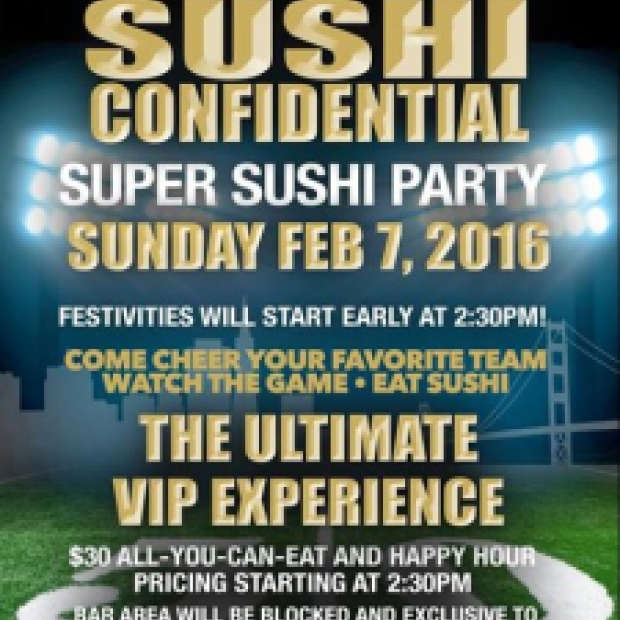 It's going to be a super weekend and Sushi Confidential is having a Super Sushi Party during the Super Bowl. Festivities start at 2:30pm. Price of admission gets you All You Can Eat Sushi and happy hour drink pricing. It's...