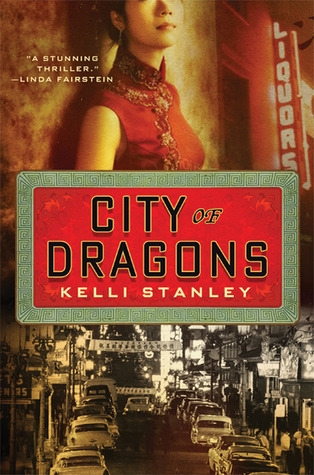 Recycle Book Club is pleased to welcome San Francisco based writer, Kelli Stanley, to our book club meeting at Recycle Bookstore in Downtown Campbell. She will be coming to sign autographs and discuss her recent historical fiction/mystery, City of Dragons.

About City of Dragons

Gone With The Wind packs movie palaces two months after its December premiere. “Moonlight Serenade” echoes from jukeboxes all over the country. And the Sino-Japanese war still rages, while France waits anxiously for the Nazi blitzkrieg to hammer the Maginot line.

The Chamber of Commerce wants it covered up. The cops acquiesce. Japanese boy in a Chinese carnival … wrong place at the wrong time.

All Miranda wants is justice—whatever it costs. From Chinatown tenements to a tattered tailor’s shop in Little Osaka, to a high-class bordello draped in Southern Gothic—she shakes down the city—her city—seeking the truth.

CITY OF DRAGONS is a sprawling, visceral novel of San Francisco in 1940, a world of race wars and class wars, a world in which sexual threat is as casual as a five cent cigar.

It is also a beautiful world … of hats and neon night clubs, Harry James and Chesterfields,of a World’s Fair ready to reopen in just three short months.

It’s Miranda’s world. And she’ll die to protect the good in it.

Because part of her died a long time ago…

About the Recycle Book Club

Recycle Book Club meets once a month (sometimes twice) at Recycle Bookstore in Downtown Campbell to discuss a book-of-the-month like all book clubs do. The difference is that the author actually comes to the store! After the members have met for 30 minutes, the author joins us to answer questions and sign books. There are NO requirements to participate. In fact, you don’t even have to read the book!