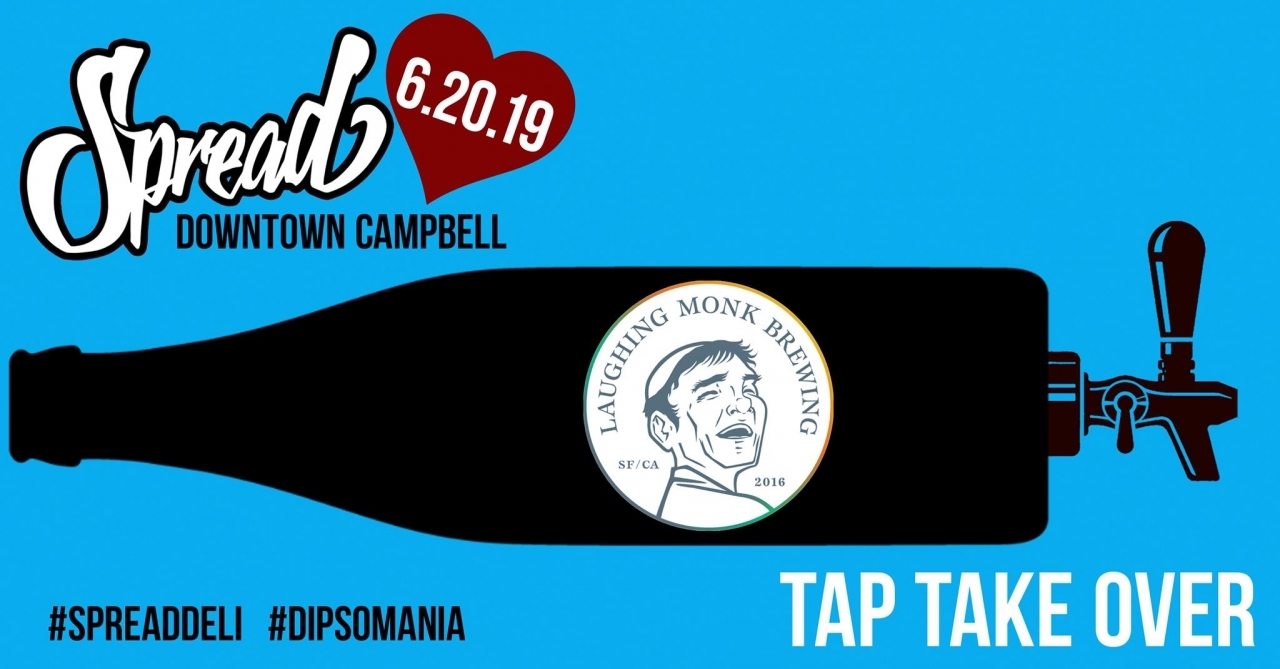 Don't miss out on an amazing event with SF based Laughing Monk Brewing hosted here at Spread Deli & Bottles! Stay tuned for the draft line up!

During the Tap Takeover event, we'll have a number of different drafts from a single brewer available from our taps so you can try some of your favorite Laughing Monk beers as a draft and try some of their other brews as well.

Laughing Monk Brewing is a small batch craft brewery and taproom in San Francisco that blends traditions from California and Belgium with local, seasonal ingredients.

Every adventure needs to start somewhere. Ours began as beer fans growing up on the hoppy pales of California, but our curiosity didn’t let us stop there. We kept exploring the vast world of beer and, like many before us, found Belgium. Where California celebrates bright, citrusy, resiny hops, Belgium is all about subtle malt and expressive yeast. We draw from both these heritages to create uniquely delicious new beers.

Funeral services with dignity and care

14 Tasty Ways to Enter our Survival Project Prize Drawing for June
Get a Curbside Retro Fix every Saturday
Santa Clara Libraries want your best Book Face!
Magic the Gathering Games in Stock at Rocket Fizz
Besties Masks at Besties Boutique
Spa grade relief from ingrown hairs and razor burn
The Trench Coat: Gluten Free Sushi You Gotta Try
The Sub-Zero Frozen Cocktail by LvL Up and Rita's Italian Ice
Lost and Wander Masks
It's not SkyMall, but SIP Mall is the Next Best Thing