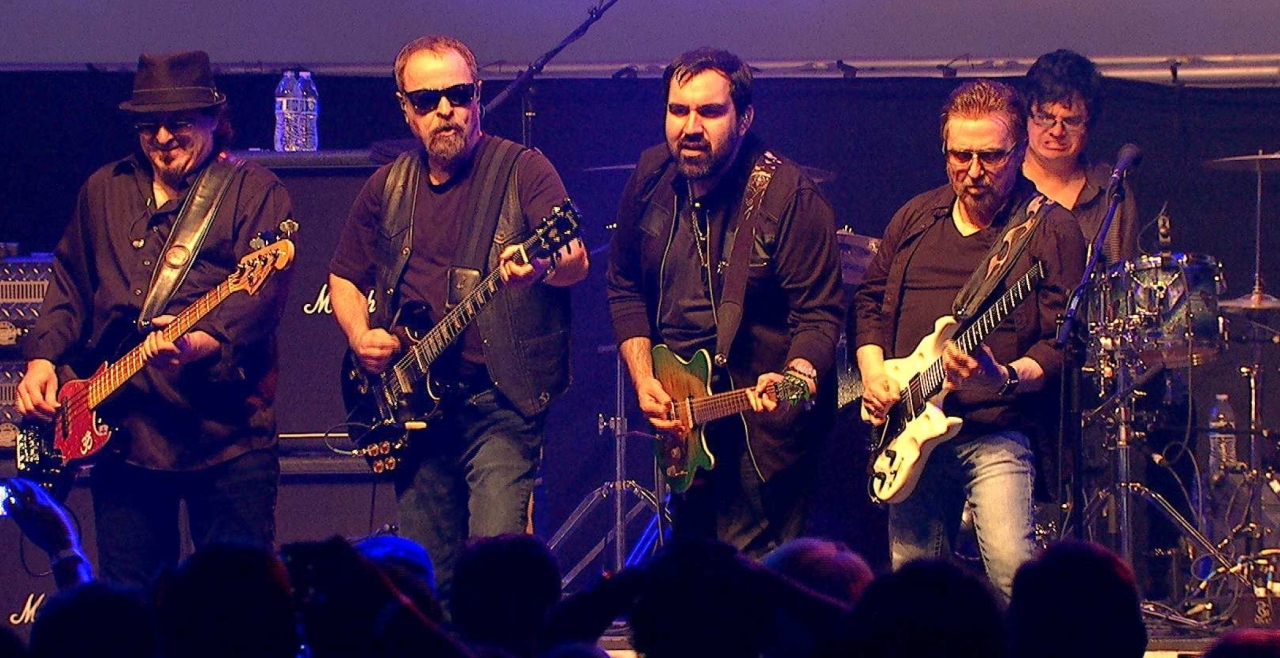 For over four decades, Blue Öyster Cult has been thrilling fans of intelligent hard rock worldwide with powerful albums loaded with classic songs. Indeed, the Long Island, NY-based band is revered within the hard rock and heavy metal scene for its pioneering work. Blue Öyster Cult occupies a unique place in rock history because it's one of very few hard rock/heavy metal bands to earn both genuine mainstream critical acclaim as well as commercial success.

The band is often cited as a major influence by other acts such as Metallica, and BÖC was listed in VH1's countdown of the greatest hard rock bands of all time.

Upon the release of BÖC's self-titled debut album in 1972, the band was praised for its catchy-yet-heavy music and lyrics that could be provocative, terrifying, funny, or ambiguous, often all in the same song. BÖC's canon includes three stone-cold classic songs that will waft through the cosmos long after the sun has burned out: the truly haunting "(Don't Fear) The Reaper" from 1976's Agents of Fortune; the pummeling "Godzilla" from 1977's Spectres; and the hypnotically melodic "Burnin' for You" from 1981's Fire of Unknown Origin. Other notable BÖC songs include "Cities on Flame with Rock and Roll," "Then Came the Last Days of May," "I Love the Night," "In Thee," "Veteran of the Psychic Wars," "Dominance and Submission," "Astronomy," "Black Blade," and "Shooting Shark."

Individual tickets are now on sale for $65 through the Box Office, or by phone at 408-866-2700. Tickets can also be purchased online at HeritageTheatre.org.

The Heritage Theatre has long been viewed as a significant architectural and historical resource for the West Santa Clara Valley. The facility that is now known as the Heritage Theatre was originally built in 1938 as the Campbell Union High School Auditorium with Work Project Administration funds. Campbell Union High School served the community for over 40 years with more than 20,000 students performing on the stage.

When the Campbell Union High School District closed the school in 1980, the City and Campbell residents stepped in to save the recreation and open space resources. In 1985, the site’s ownership was turned over to the City of Campbell, and the Campbell Community Center was born.

In 1998, the City and a group of committed community volunteers formed the Friends of the Heritage Theatre, a non-profit organization dedicated to the restoration and preservation of the Theatre. Designed to maintain the historic integrity and architecture of the original building, the Theatre was reopened in 2004.