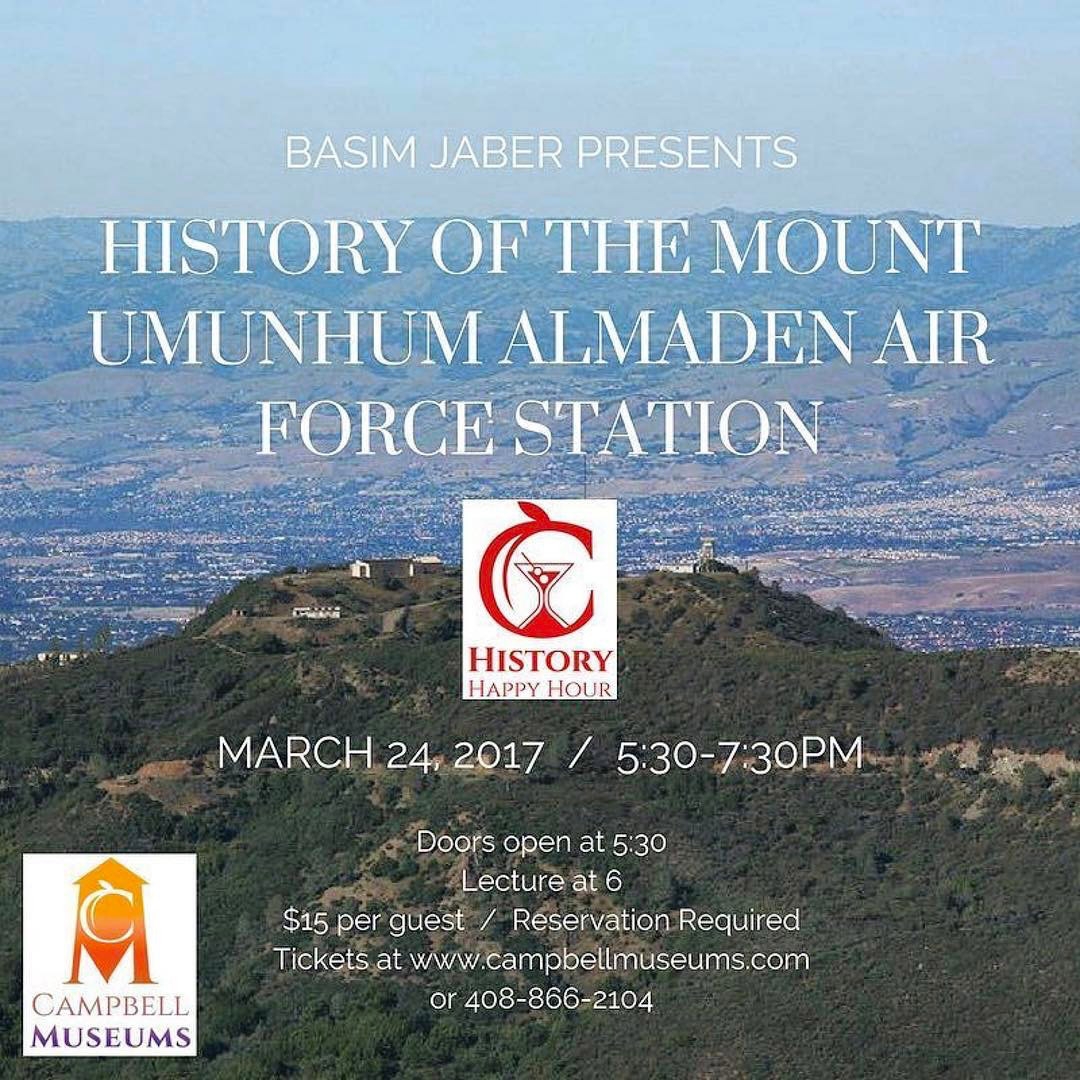 Lecturer Basim Jaber has researched the history and geography of Mt. Umunhum and the Almaden Air Force Station since 2006.

Early in the mountain's history, the Ohlone considered the mountain as the resting place for the hummingbird and considered it one of the four sacred mountains surrounding the Santa Clara Valley.

The mountain has a five-story radar tower that was part of the Almaden Air Force Station and was used as a radar post from 1958 to 1980. Jaber's presentation will include photographs of the historic radar station and landmark atop the mountain.

In 2016, the Santa Clara County board of supervisors voted to declare the tower a historic landmark.

Registration for this event is required, as seating and tickets are limited. Call (408) 866-2104 to reserve or visit http://bit.ly/2iilDgp.

Admission is $15/person and includes snacks, drinks, and self-guided tours of the historic Ainsley House. Your admission helps support the museum's future programming and events.