You'll see the street and the parade itself change as the years go on. The crowds are modest in the first photos. As the years roll on, new buildings appear and the signs above the doors change. The crowd for the parade swells as the popularity of Downtown Campbell grows.

Back then as it is now, the parade is organized by a member of the Downtown Campbell Business Association (DCBA). The DCBA is a small non-profit organization made primarily made up of owner-operated businesses inside Downtown Campbell. They're the gatekeepers of the Downtown Campbell culture. You may not know them as the DCBA, but you surely know events such as the Bunnies and Bonnets Parade, the Carol of Lights, Creepy Crawly Halloween, Second Saturdays, First Fridays, Wine Walks, Beer Walks, and Winter Wonderland.

The DCBA receives no funding. They fundraise to hold these events and rely on a network of volunteers and community organizations working together to create the vibrant community life of Downtown Campbell. The countless hours that different generations of these shopkeepers have put in transformed a sleepy district that nobody could find on a map into the one that you know today.

Downtown Campbell has come a long way, but its progress is more fragile than it might appear. The economic fallout from the Covid-19 pandemic is a serious danger to the shopkeepers who keep the culture of Downtown Campbell. It's likely that we'll lose some and we can't afford to lose any of them so if Downtown Campbell is your happy place, please check out the Downtown Campbell Survival Project to learn how you can help us out.

We also have a relief fund on GoFundMe if you're in position to make a donation comfortably.

Halloween is coming and people are asking if we're going to be doing our annual Trick or Treating event in Downtown Campbell. We don't want to disappoint, but it's still too soon for that.

After nearly 20 months in exile, the Campbell Farmers' Market is back in Downtown Campbell! Welcome back everyone! 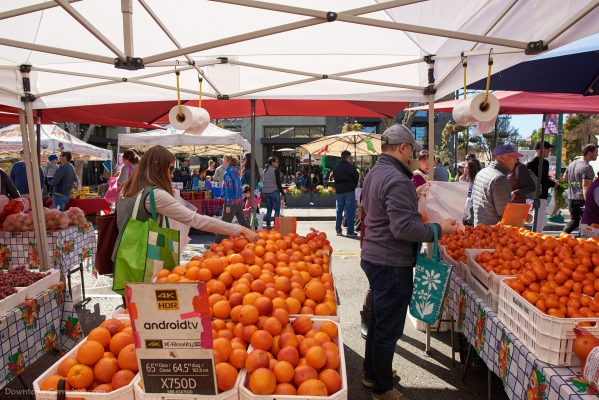 This is news that a lot of people have been waiting for. The Campbell Farmers' Market will be returning to its usual location in Downtown Campbell starting on Sunday, October 24th.

Support Downtown Campbell businesses through the Covid-19 pandemic and win prizes. Let's get through this as a community and have a little fun however we can.