This Place Matters: The Galindo-Queraz-Leigh House of Campbell 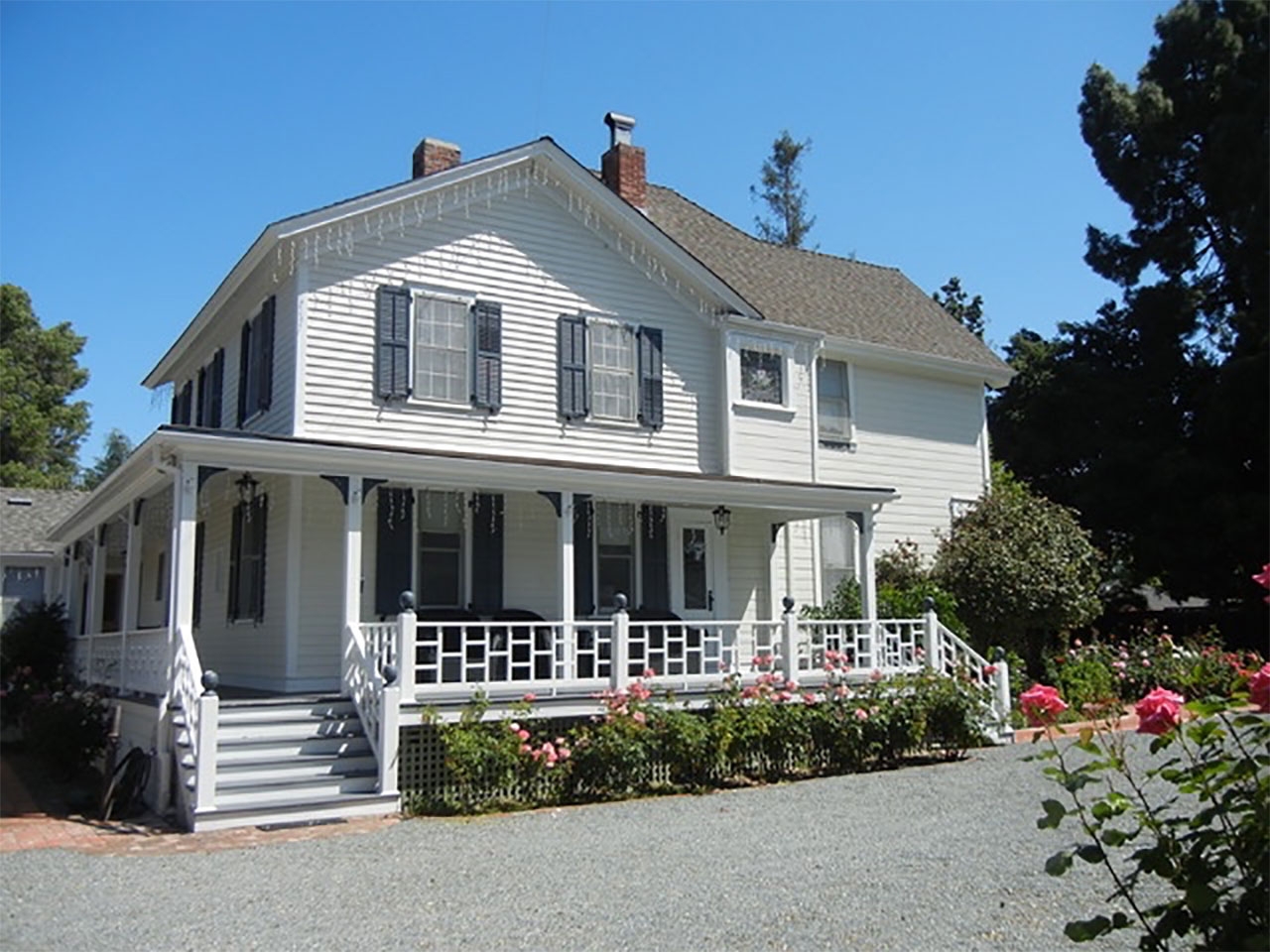 Join us on a virtual tour of Campbell's historic homes! Each month, we'll feature a different house that reveals an interesting slice of the Orchard City's character and history.

One of the most significant and possibly the oldest home in Campbell, this magnificent house started out as a primitive board and batten cottage in the 1830s’. Originally part of Santa Clara Mission’s grazing land prior to 1848, it was deeded to Juan C. Galindo when Mexico ceded California to the United States. Mr. Galindo enlarged the cottage using Ohlone Indian labor, buying lumber from the Mission, as his family grew to include eleven children.

John D. Gueraz bought the house in the late 1850’s and his additions reflect his Swiss heritage and Louisiana French background. Mr. Gueraz continued to enlarge it, creating a salt box style with inward swinging iron pinned shutters on all the windows.

High A. Leigh an English sailor, settled in the area in 1874. Mr. Leigh and his mother Delicia Leigh purchased the house and 180 acres of land from Mr. Gueraz for $16,300, in cash. It remained in the Leigh family until 1971. Leigh Avenue is named after the family. This house has a National Historic Register Listing. The present owners are to be commended for the outstanding care they have taken of the house. They have done much needed updating and renovation, while preserving the architectural integrity and uniqueness of this local treasure.

“When we lose a Historic Place, we lose part of who we are.”
~National Trust for Historic Preservation~

by Susan Blake Historic Preservation Board