Christmas in July Fundraiser for the Campbell Toy Program 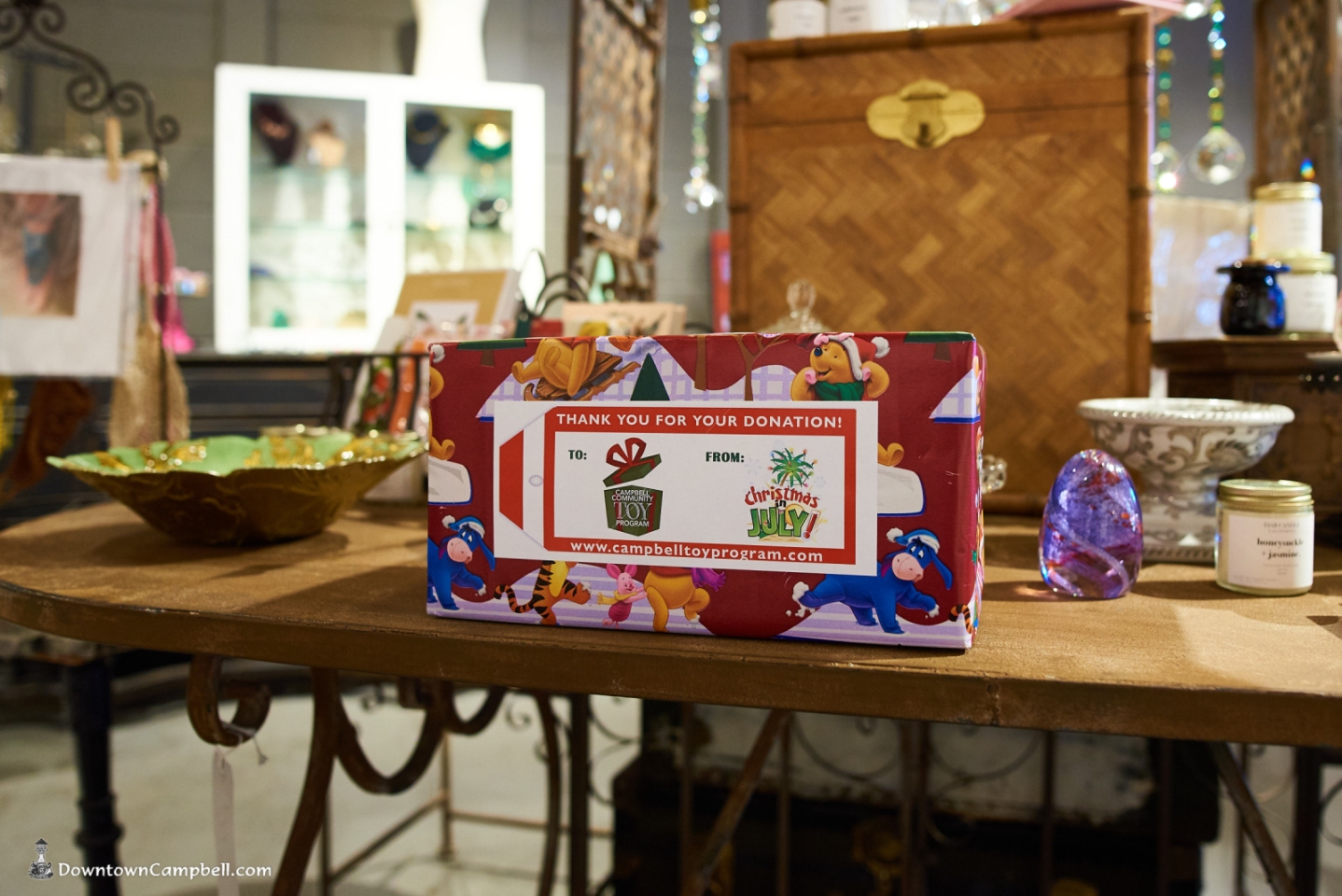 This December, the Campbell Toy Program aims to serve over 2500 needy children in the Bay Area with Christmas gifts that they otherwise would not get. We're inviting you to show some Christmas spirit in July and donate to help this cherished program that has been spreading holiday joy since 1984.

Throughout the month of July, businesses in Campbell will be collecting donations for the Campbell Toy Program. Please look for specially gift wrapped Christmas in July donation gift boxes when you're in Downtown Campbell. Donations can be made in cash or by checks made out to the Campbell Chamber Community Foundation. (Non-Profit ID# 46-1353037).

You can also make a donation online through the Campbell Chamber's website.

Posted on July 13th, 2019 by sheldon
Good Morning to the Campbell Relay for Life crews who have been down at the Campbell Community Center circling the track all night to raise money to fight cancer, raise awareness, and celebrate the memories of those we've lost to cancer. We are with you. If you missed this year's Relay, it's not too late to participate with a donation. You can donate with the Campbell Chamber's team through this link: http://main.acsevents.org/site/TR/RelayForLife/RFLCY19WER?team_id=2427774&pg=team&fr_id=93083 Photos by DowntownCampbell.com editor, Sheldon Chang.
Photos: 39 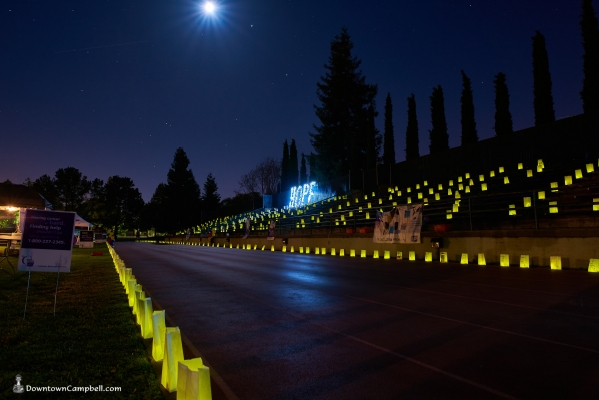 This Place Matters: The Young-Satorette House

Like many of our city’s Landmark homes, this house survived because it was moved, rather then being torn down. Designed and built by H. B. Painter in 1928, for Earl and Virginia Young, it was originally located on the west side of Bascom Avenue at the end of Woodard Road on three acres of land. This part of Bascom Avenue was then called San Jose-Los Gatos Road when the area was populated by walnut orchards and chicken ranches. The house sat near the rear of the property with a horseshoe driveway and formal gardens.

The house is a unique example of the English Tudor Revival Style with added French cottage motif. The arched front entry is framed by marble flagstone and features a capped turret. Although mostly hidden now by massive cedar trees, the five steeply pitched, gabled roofs and ornate front window details can be seen from the street. Earl Young was a local farmer and insurance agent and was Vice President of the Prune and Apricot Growers Association. The Youngs lived in the house until 1946, when they sold it to Collette and Charley Sartorette who raised horses on the property. Mr. Sartorette was also a well known local educator and served on the Cambrian School District’s Board of Trustees for many years. A Cambrian Elementary School is named after him. The Sartorette family lived in the house until the 1970’s.

In the late 1970’s, a large portion of Bascom Avenue was being developed for new housing, and the Satorette house was in the way. A significant impediment prevented the house from being torn down: It had been placed on Santa Clara County’s list of historic homes!

A Campbell couple, Rudi and Joanna Herz inquired about buying the house which Joanna “felt sorry for” because it was vacant, neglected, and covered with vines. The developer told them he would give them the house for free if they bought a now vacant lot and moved it to the back of the original property. They agreed, and in 1981 the 2,500 square foot home was cut from the foundation, rotated 180 degrees and slowly moved to its new location on White Oaks Road. After years of careful restoration and historic research, the Herz’s applied to have the house listed as a State of California Landmark which was granted in 2008. In May of 2009, the house was placed on the National Register of Historic Places. 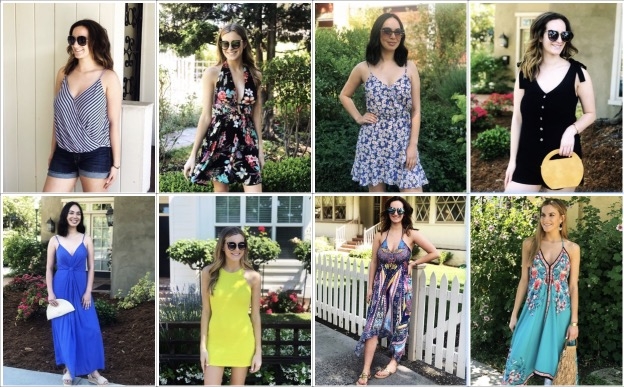 The dresses in Bombshell Boutique's summer lineup are simply adorable. Here's a peek at the colorful and eye catching collection currently at the boutique. The days are long and somewhere out there is a perfect summer dress (or two or three) for you. Check out the gallery of cute dresses below! 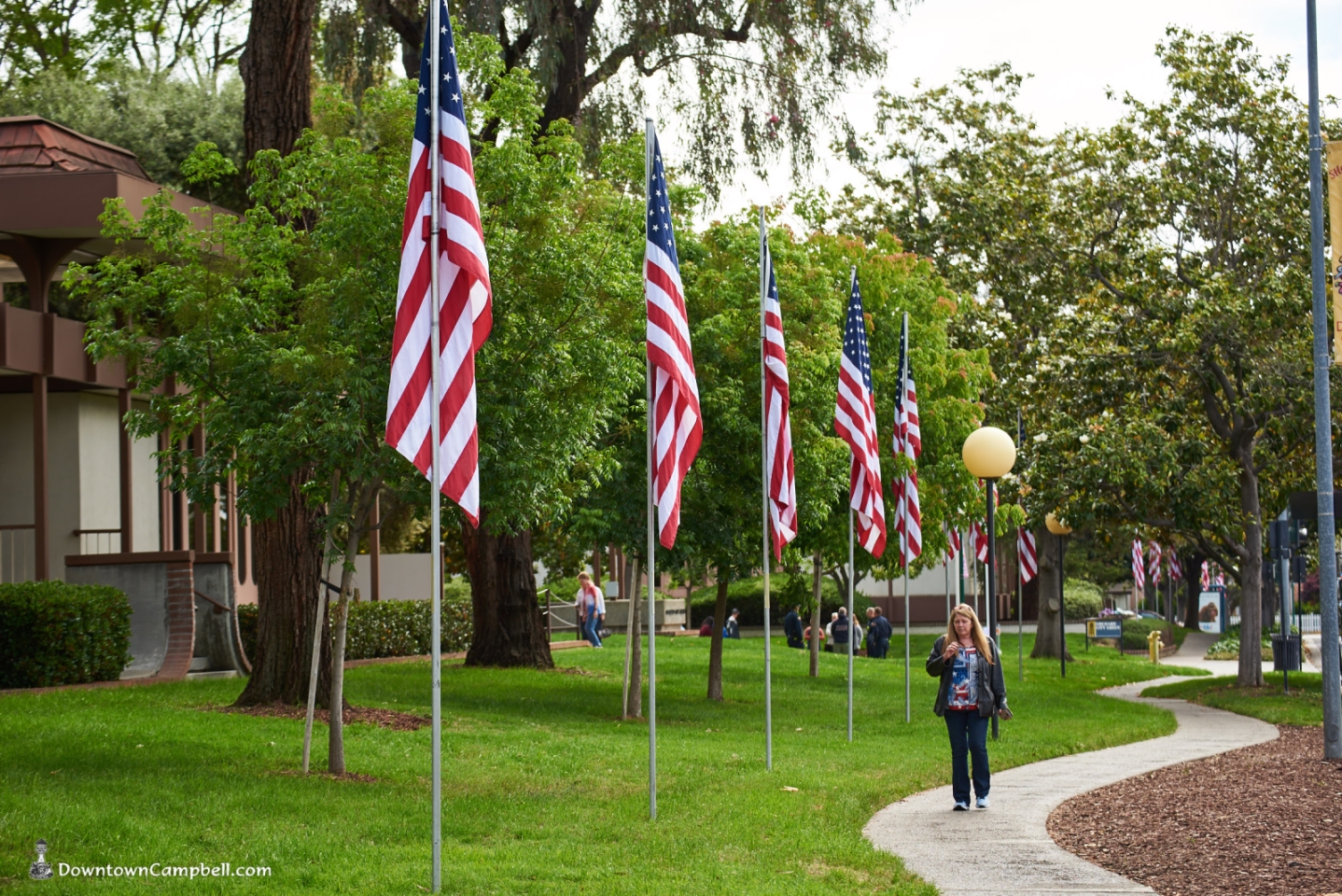 Happy 4th of July Friends! For those of you who aren't grillin and chillin or trying to find parking for a fireworks show, you can come hang out in Downtown Campbell! Many of our shops, bars, and eateries will be open for at least part of their normal hours on the 4th.

This is a partial list of just the places that confirmed their holiday hours. If your favorite spot isn't listed, it doesn't necessarily mean that they're closed. You'll need to call them directly to confirm if they're open or not.

No Music on July 4th for Summer Concert Series 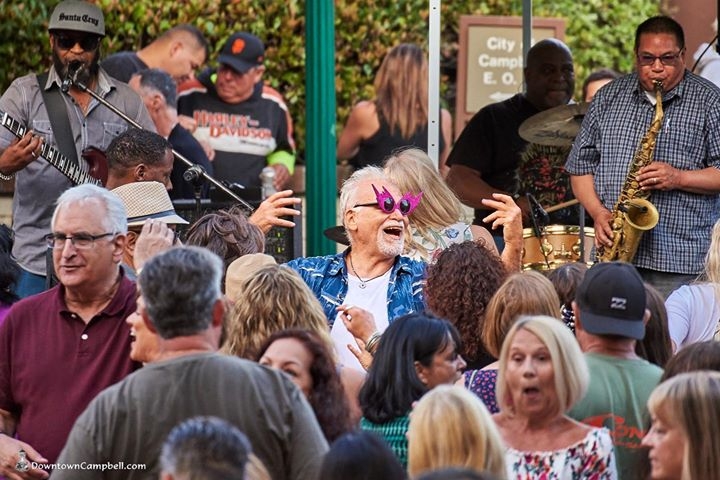 New goal in life: have as much fun as this guy is having at last night’s City of Campbell Summer Concert Series with the Joint Chiefs in Downtown Campbell. There’s no music next week for the 4th of July, but the series resumes the following week with the rock cover band, Tinman. See downtowncampbell.com for a full schedule of upcoming shows. 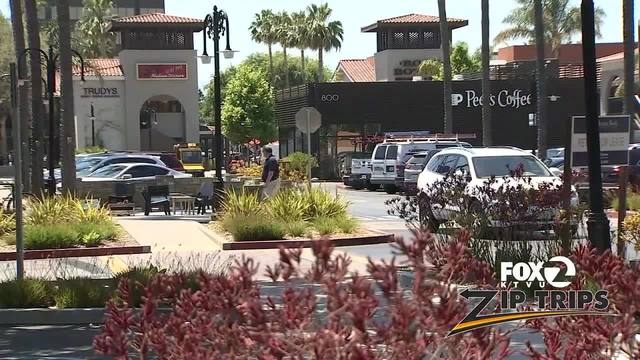 Did you catch our close up on TV? Last Friday, the broadcast team that does KTVU Channel 2's Zip Trips spent the morning in Downtown Campbell to tell the world about what an awesome little secret Campbell is. They setup shop for an hour outside of the Ainsley House and highlighted some great stories and things happening this little feeling (but not actually so little) place.

They were having so much fun, they didn't realize that they had left Sushi Randy of Sushi Confidential Campbell alone with Sal Casteneda and you know what happens when you leave Sushi Randy unsupervised, right? Yup, Sal had to learn how to roll his own.

Photos: A Peek at the Nightlife in Downtown Campbell

Posted on June 22nd, 2019 by sheldon
Here's a peek at the nightlife and street scene in Downtown Campbell from the first night of summer. Photos by DowntownCampbell.com editor, Sheldon Chang.
Photos: 40 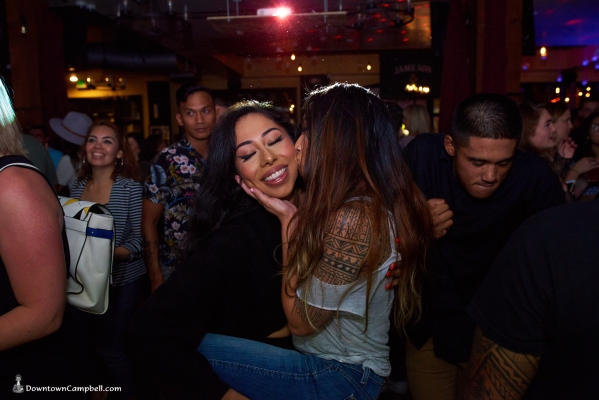 Posted on June 22nd, 2019 by sheldon
Photos from the annual Pride Month celebration with Assemblyman Evan Low at the Campbell Water Tower. This annual event is a bit like a backyard BBQ except there's no grill and there are short speeches from local dignitaries. The event concludes with a ceremonial rainbow lighting of the Campbell Water Tower to celebrate Pride Month and express the inclusive environment in the City of Campbell. While there wasn't any BBQ, there was gelato and treats from Snake and Butterfly. Yum! Photos by DowntownCampbell.com editor, Sheldon Chang.
Photos: 38

Tickets for 3rd Annual Taste of Campbell On Sale!

The Taste of Campbell food and wine tasting event is back for a 3rd year! At last year's event a total of 24 different Campbell restaurants and local area wineries and breweries joined together to offer you bites of signature dishes and an afternoon of wine and beer tasting.

This annual event is held as a fundraiser for Campbell CERT (Community Emergency Response Team). Among other things, proceeds from the event go toward purchasing training supplies and funding workshops that Campbell CERT holds to train the community in vital skills for preparing for and handling natural disasters, medical emergencies, and public emergencies.

This Place Matters: The Gilman House
Evelyn and her Vintage Ties at Christmas in Campbell
Today is Fry Day?